The first time I heard this song I fell instantly in love with it. Every word of this song spoke to me on so many emotional and experiences in life levels. I cried when I first listened to it too as well. My Gosh! I don’t know how this woman of God does it but my goodness! Its like God speaks through her music ALL THE TIME! God is so real!

There was a certain time in my life where I wasn’t smiling at all. I was so broken and bitter and downtrodden at such a young age. And one night while crying my eyes out to God on my bed during a very fervent time of prayer to Him and I was like I CAN’T DEAL WITH THIS PAIN ANYMORE! And guess what…He answered me. He washed me, cleansed me and He made me smile again. And boy, do I love smiling and laughing so much ahaha! Because Jesus is the reason why! ❤ THANK YOU LORD!

I pray this song/quote minsters to all the brokenhearted and those who maybe struggling with a sickness or maybe think you’re alone. You’re NEVER alone for God is with you and He loves you very much and He WILL mend your broken heart and HEAL your disease in the MIGHTY NAME OF JESUS! And you will find your smile again through Jesus Christ ❤ just like I did. 😀

Blessings, peace and love ❤ until then…

^GIF/GRAPHICAL picture used is not mines.
^Wishing you all a very early HAPPY New Year! May you put God at the center of it ALL and allow Him to use you for His purpose from January straight to December in Jesus Name! And for those who haven’t accepted Him as yet why not do it now, do it this year. He’s waiting on you and doesn’t wants you to perish but to have everlasting life. He loves you. Not every year is promised. Heaven and hell is real, and I’ll say it again…Your choice, your destination.

God is everything to me. There are times where I feel very alone and just like really sad. And all of a sudden I would feel this peace and warmth of God’s endless love ALL over me! Ah, He always comforts me and shows me that He’s always with me ❤ even till the end of this world, HE will be with me.

Have a blessed Sunday and week ahead.

And don’t forget to…

^GIF used are NOT mines.
^COVERS belongs to GODINSPIREDART.

Blessed Sunday evening to all. The sun is setting and I’m surrounded by the beauty of my Savior’s living art pieces. Living art pieces? Well, of course…HIS GRANDEUR that is. Isn’t Jesus beautiful? YES HE IS! ❤

This love centered quote derives from a beautiful worship song from one of my fav Gospel singer’s from abroad CeCe Winans…gosh! Her voice is just ❤ ….Its like a love song to Jesus and I love singing it to Him while basking in his WONDERFUL presence ❤ He’s so beautiful! ❤

Have a peaceful and Christ Centered week ahead! Keep your eyes on Jesus and ignore the distractions from hell. AMEN! Remember to…

^GIF used is not mines.
^COVERS belong to GODINSPIREDART.

Ah, Travis Greene you did it again through the power of God with this song. This is my faith level up song for DE rest of my life! Its such a HUGE encourager  and may this quote from it speak to you as it did for me profoundly.

Psalms 27:14 Wait on the Lord, be of good courage and he shall strengthen thine heart, WAIT I say on the Lord… ❤

A prosperous and winning week ahead in Jesus Name. AMEN! Until then…

^GIF used is NOT mines.
^COVERS belong to GODINSPIREDART.

As long as He gives me life I’ll be chasing after Him. I want to please Him so much and not this fading world. We all need more of Jesus. ❤ I ❤ you Lord!

This is the most calm song I think I’ve heard Tye Tribett sang haha! He’s so hype and on flaming fire for JESUS!

A blessed week ahead and never forget to….. 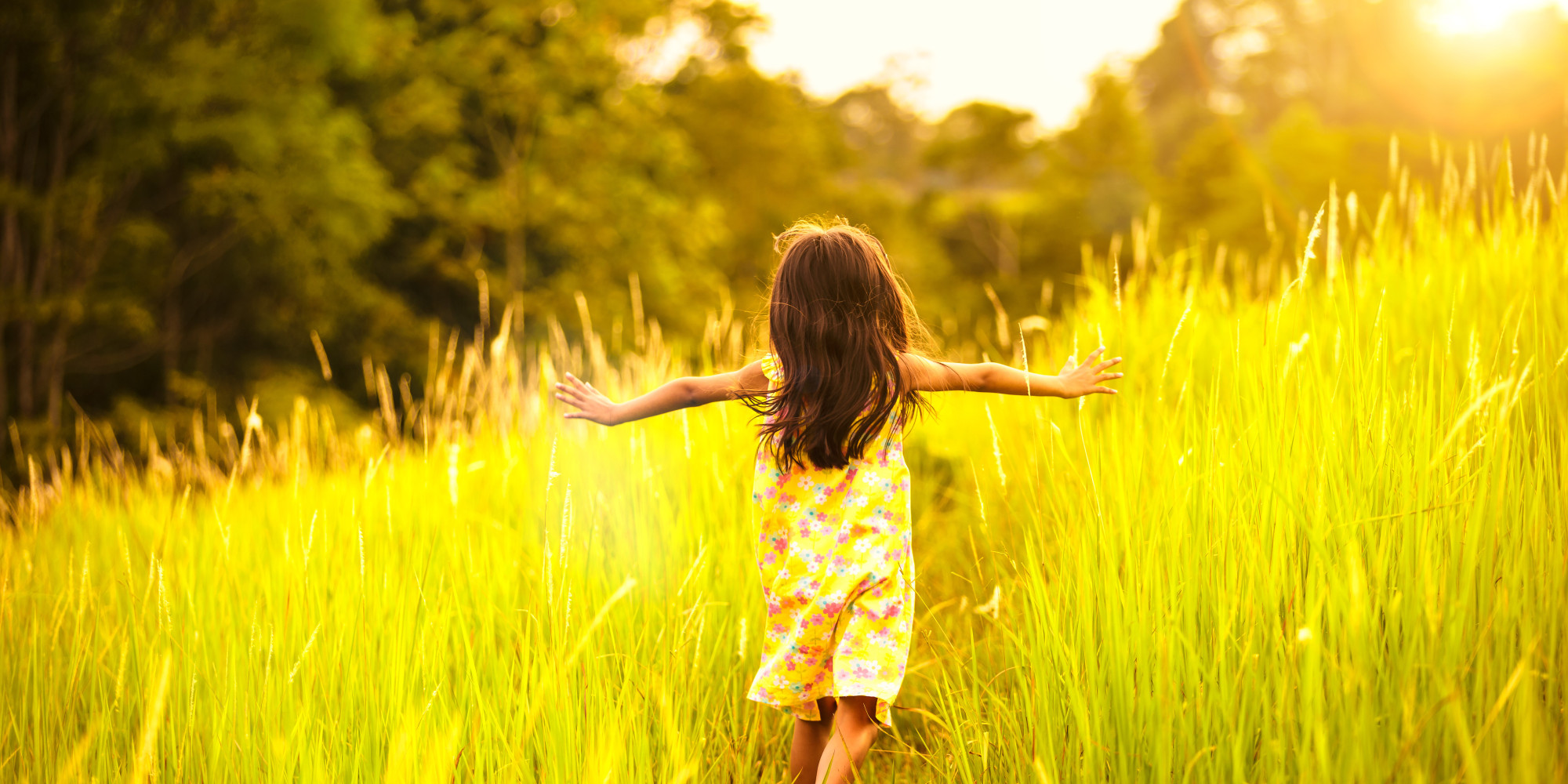 ^PHOTO above is not mines.
^COVERS pertaining to this series belongs to GODINSPIREDART.

I just want more of Jesus everyday of my life. Nothing else. ❤ When listening to this profound worship song by another one of my favs Travis Greene, I cry most times and just pour out my heart to God in worship. I just want to be more like him. Don’t we all want to?

*It states:- Would you take everything, I don’t want it, I don’t need it God. I just want you.

Ask yourself…Do you want more of Jesus? Or are you contented where you are with Him presently?

Blessed week and don’t forget to…

^GIFS used are NOT mines.
^ALL COVERS/PHOTOS pertaining to this series belongs to GODINSPIREDART.

Ask yourself…Do you want more of Jesus? Or are you contented where you are with Him right now?

Happy Sunday all! Stop allowing the devil to have you bond in continual cycles. May all be broken off your life in the Mighty Name of Jesus! Allow this song/quote to speak to you profoundly as it did for me; from a pretty young and talented minster who’s on FIRE  for Jesus…no other than Jonathan McReynolds.

Another one of my favs hailing from abroad for he lays it down real and just comes to the point.

A blessed and victorious week to all in Jesus Name and remember to…..

^GIFS used are NOT mines.
^ALL COVERS/PHOTOS pertaining to this series belongs to GODINSPIREDART.

One out of my fav local artiste from my home islands for he sings about the daily trials one faces as a follower of Christ. We all have a testimony and a story to tell about God’s saving grace and goodness over our life’s. God is sooooooooooo good and he truly deserves to be glorified highly!

Since this song is about testimonies let me testify real quick! I was 16 years old when I was stung by a beetle I didn’t even know I was allergic to. My entire body was covered in red itching and stinging rash! I felt as if my body was engulfed in FIRE! My face was swollen so badly, I couldn’t even see that clearly and my eyes were concealed under the swollen skin due to the venom of that insect. I was rushed to the hospital and immediately was sedated with I think was insulin or some very strong ascetic that caused my heart to beat so fast. The doctors couldn’t even find my vein for they said my skin was too thick for back then I was more solid than I am now, so I was injected THREE times! Yes, three!

That night, I was placed in a room with two other patients. I wasn’t saved yet but I had always believed in God and always had very strong FAITH in Him. I knew I was dying. I said to myself well this is it. I’m going to die. I know I was between life and death for while I laid on that bed and prayed profoundly I felt my spirit slowly departing from my body and instantly I saw a huge hand stretching down out of a white cloud and my hands was reaching up towards it very slowly…it was such a beautiful moment and sight to see, and I still recall up to this day! 😀

As I reached closer to hold unto his hand, I felt so peaceful and just you know like really free from EVERYTHING life had thrown at me from that tender age! I never felt that way before! But then his hand disappeared and my eyes opened. It was like he was saying to me back then, not now my child…I’m not ready for you yet. And now today  after 6 years I’m here alive and well and living for Him! How amazing is my GOD! Now I see why he wasn’t ready for me back then 😀 WOW! He’s really the AUTHOR of my story! ❤

*Translation check:- (De) pronounced as D means (the) in Trini.
Ah- Means (of) in this instance for how he utilized it within the song.
Yay-ah- Means yes in this instance. In most of his songs he says that, its sort of like his landmark so you’ll know who the artiste is before you hear the song. (I’m not good at explaining sometimes *fictitiously chortles*)

Sorry for writing your lyrics somewhat wrong Nathanael LOL! One more thing we Trinidadians have the tendency of speaking and singing fast, so if you don’t understand what he’s saying just simply slow it down from off your phone or in your head I guess? Ah, no worries, you’ll get it! 😉

^LAST photo used is NOT mines.
^ALL PHOTOS/COVERS pertaining to this series belongs to GODINSPIREDART.

Blessed Evening to all and welcome back to…

When we are made new in His image we are no longer slaves bonded to sinfulness. God hasn’t given us a spirit of FEAR but one of POWER, LOVE and a SOUND MIND. There are many of us including myself as believers battle with that unwanted spirit of fear! Like seriously? Uh…yes! This song which this lyrical quote derives from really spoke to me and let me know that hey…You’re no longer a slave to fear for now you are made new and its not you who lives but Christ (Whose fearless) lives in you!

Daily as I grow closer to the King I recognized that, that fearfulness is being cut off. Hey we are ALL a work in progress alright, ain’t nobody better or perfectier (I know its not a word but that’s ok) than anybody. So next time that lying spirit of fear arise shout…..

Have a blessed and fruitful week! ❤

^GIF used is NOT mines.
^ALL PHOTOS/COVERS belongs to GODINSPIREDART.

Blessings and strength to all this week.

^GIFS used are NOT mines.
^ALL covers are produced by GODINSPIREDART.

To new beginnings and eternal life 🦚

The Life of a Christian Teen

Honest Thoughts from a Pastor

Transparency from the heart of a pastor

Gratitude is an attitude

Living a life of thankfulness! 💙

"All of creation will be shaken and removed, so that only unshakable things will remain." (Hebrews 12:27)

The Troubles of a Shy and Socially Anxious Student

A blog on the social troubles of a student

My Journey through Life

Be joyful, be restored!

So that a herald may run with it

Thy Word, My Thoughts
home
JEWELS FOR THE SOUL

Jewels For The Soul Blog is the Holy Bible Scriptures for your life as God has commanded all people to live accordingly by faith. On Jewels For The Soul Blog I will seek in God's Word Jewels Of Nuggets from the Word of God, SO by faith you may believe that Jesus Christ is the Son of God. And by believing you may be saved by confession of your faith in the Messiah, Jesus Christ the Son of the true and living God.

Street Faith and Works - From Faith to Faith. Romans 1:17 “For therein is the righteousness of God revealed from faith to faith: as it is written, The just shall live by faith.” KJV

Poetry and Prose from and about the Soul

Trusting the Love of Jesus Christ, One Day at a Time. Psalm 13:5 NIV, “But I trust in your unfailing love; my heart rejoices in your salvation.”

Give me a pen, I already have a paper and we will talk poetry.

Prison To The Palace

Rise Up Woman Of God It's Time